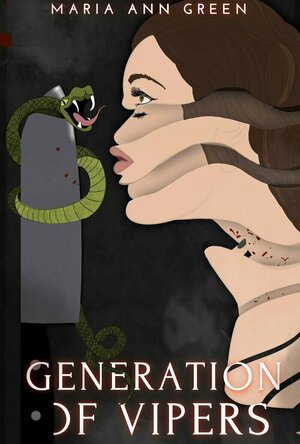 Rosabella Moore-Davis has just moved her husband halfway across the world, with a spur of the moment purchase–a glorious gothic mansion–while on vacation in France. It was love at first sight, and somehow she knew it was more than just some huge house; it was meant to be her home.

But not all things that are meant to be end happily ever after.

Rosabella soon finds herself waking in the middle of the night from more than just wind and creaking pipes. In the dark she discovers ghostly figures looking up into her windows from outside, rooms and treasures previously hidden for centuries, creeping crawling guests, and too many dark shadows lunging toward her. And still, somehow, instead of screaming and running away she researches, choosing knowledge over fear, and learns more about the house and the history of this place she loves so much.

Only when she stumbles into the past, meeting an aristocrat hiding enough deadly secrets to take down the patriarchy, does Rosabella start to regret her choices. And after having come this far, she worries it’s too late to turn back and save herself from a house that has more skeletons in its vast amount of closet space than anyone expected.

Rosabella isn’t the fleeing type, but she’s not sure she’ll survive the fight. Especially against a place with so many stories buried beneath it, burned into every fiber of the edifice, a house with a portal to dark places and troubles that shouldn’t be stirred up.

Generation of Vipers is a mix of crimson peak and Mike Flanagan’s Haunting of Hill House, with elements of Marisha Pessl’s Night Film mixed throughout.

If you like dark thrillers that border on horror, gothic elements, and deliciously dark twists that will keep you guessing, then Generation of Vipers might be your next favorite book. It'll keep you reading just one more page all night long, too afraid to turn out the light and go to sleep.