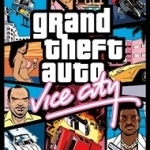 Set in a fictional recreation of 1986 Miami, the game follows protagonist Tommy Vercetti, who has recently been released from prison. After he is caught up in an ambushed drug deal, he seeks to find those behind the operation whilst building a criminal empire and taking power from other unlawful organisations in the city. The game boasts one of the best soundtracks in video gaming history, from Glam Metal to Synth Wave, you get a nostalgic feel of the 1980s in this virtual universe. The game is also massively influenced by the television and film era that brought us titles such as Miami Vice and Scarface.

Content suitable only for adults ages 18 and up. May include prolonged scenes of intense violence, graphic sexual content and/or gambling with real currency.

Images And Data Courtesy Of: Rockstar Games.
This content (including text, images, videos and other media) is published and used in accordance with Fair Use.