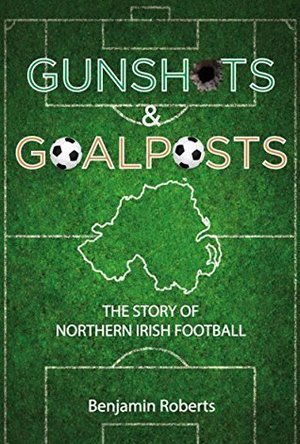 Protestant v Catholic, unionist v nationalist, east versus west, their team against my team. This is the story of Northern Irish football and so much more besides: the tournaments, the near misses, the unsung heroes and unlikely tales of triumph amid adversity.

Benjamin Roberts casts his eye over the last 140 years of football in Belfast, Derry and beyond in the first wide ranging look at the game in this part of the world. George Best, David Healy, Peter Doherty and all the heroes throughout the eras are traced back to their roots ‘back home’ as Roberts shines a light on the human dimension to some of Ulster’s most famous ninety minute sons.

Exploring sectarianism, shipbuilding or sliding tackles, Roberts has finally provided a definitive account of the the beautiful game in this often troubled land.

‘[A] thoroughly researched history, peppered with anecdotes… a book which gets that the relationship between football and politics is nowhere more keen than in the Northern Irish game.’ – Tim Marshall, Author of ‘Dirty Northern Bastards – A History of Britain’s Football Chants’

Images And Data Courtesy Of: Avenue Books.
This content (including text, images, videos and other media) is published and used in accordance with Fair Use.