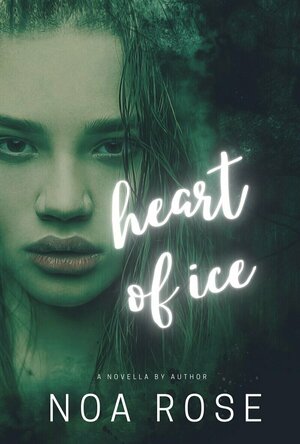 When a childhood friend turns into an obsession…

The white skull, the black cape, the monstrous features--Jessica Cane’s childhood friend is more than just a warm memory. It’s a burning, breathing, living thing, with the echoing heartbeats erasing any future she might have, until she figures out what he was.

Her need to know takes her back to her hometown, where she enrolls in the anthropology program at Lakehead University in Ontario, Canada. She’s barely scratched the surface of her studies when she meets the very handsome, very mysterious French-Canadian, Lucas Bereron. There is something familiar about him, something dangerous and enticing.

Jessica is eye-catching, smart, and she stirs Lucas up in ways he’d long forgotten, ways he hadn’t dared to feel, because...David.

And this one could be taboo.

David Lantham has been with Lucas for a very long time, and he’s not about to let some Cree brat get in the way of what he holds close to his own ice-cold heart.

Heart of Ice features the not-oft seen wendigo cryptid seen in and around the Great Lakes region of the United States and Canada with a slightly taboo twist even for romance.

Main Image Courtesy: Amazon.
Images And Data Courtesy Of: Chaos Publications.
This content (including text, images, videos and other media) is published and used in accordance with Fair Use.