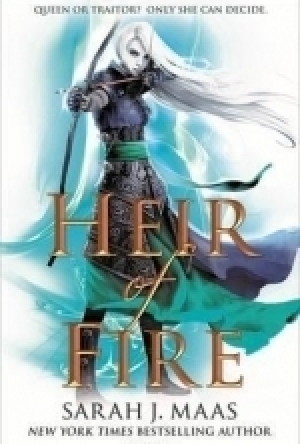 Lost and broken, Celaena Sardothien's only thought is to avenge the savage death of her dearest friend: as the King of Adarlan's Assassin, she is bound to serve this tyrant, but he will pay for what he did. Any hope Celaena has of destroying the king lies in answers to be found in Wendlyn. Sacrificing his future, Chaol, the Captain of the King's Guard, has sent Celaena there to protect her, but her darkest demons lay in that same place. If she can overcome them, she will be Adarlan's biggest threat - and his own toughest enemy. While Celaena learns of her true destiny, and the eyes of Erilea are on Wendlyn, a brutal and beastly force is preparing to take to the skies. Will Celaena find the strength not only to win her own battles, but to fight a war that could pit her loyalties to her own people against those she has grown to love? This third novel in the Throne of Glass sequence, from New York Times bestselling author Sarah J. Maas, is packed with more heart-stopping action, devastating drama and swoonsome romance, and introduces some fierce new heroines to love and hate. Perfect for fans of The Hunger Games and Game of Thrones.

Main Image Courtesy: BookDepository.
Images And Data Courtesy Of: Bloomsbury Publishing PLC.
This content (including text, images, videos and other media) is published and used in accordance with Fair Use.