Her Lord of Death 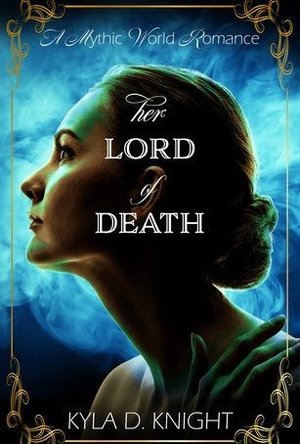 Enter into an ancient Greek world both harsh and beautiful, a place of gods and magic—and love worth every sacrifice.

With her uncle’s kingdom terrorized by a murderous creature, Kora reluctantly agrees to marry the one warrior capable of defeating it. Acheron is the champion of a neighboring king, one whose reputation precedes him—brutal, deadly, barely human.

But Kora soon discovers that Acheron is a more complicated man than his reputation suggests—and he just might be everything she’s been seeking all her life. Yet more is at play than the simple marriage alliance that Kora thought she was getting into. Behind this alliance lie the machinations of a sorcerous queen—one with her eyes on Kora’s unusual ability to see and speak with the dead.

Acheron, however, is not about to let anything happen to Kora, a woman of quiet beauty and hard truth, one who slips past his barriers and into parts of his heart that he’d thought long dead. He will face anything, even his worst nightmares, to protect her.

Author’s note: Her Lord of Death contains explicit sex, strong language, and dark themes that may disturb some readers.