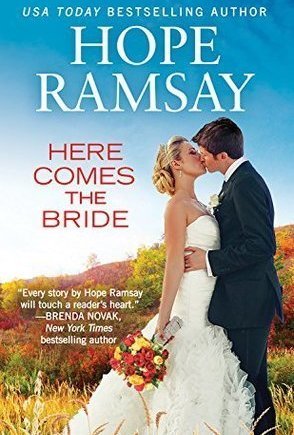 There goes the groom . . .
For Professor Laurie Wilson, planning her wedding to longtime boyfriend Brandon Kopp has been a whirlwind. But somehow, between all the cake tastings and dress fittings, she never imagined being left at the altar. In the aftermath, she does what any sensible woman would - she swigs champagne and considers keying his car. Until someone knocks on her door with a much better idea for revenge.

Best man Andrew Lyndon thinks Laurie's better off without Brandon. But Laurie's father - and Andrew's boss - isn't going to accept anything less than a reconciliation. And he's made it Andrew's problem to solve. So Andrew decides to make Brandon jealous by setting Laurie up on a string of "dates." After a couple of weeks, Brandon will be begging Laurie to take him back. But Andrew's plan works a little too well because suddenly he's the one falling for Laurie -- and planning a proposal of his own.

Main Image Courtesy: Forever.
Images And Data Courtesy Of: Forever.
This content (including text, images, videos and other media) is published and used in accordance with Fair Use.