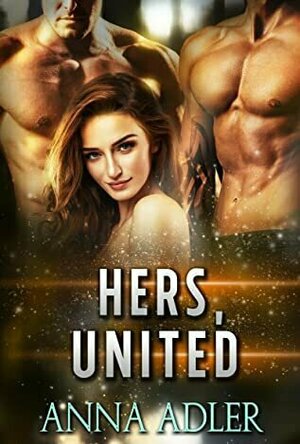 The two male hybrids were arrested on Silenia trying to kill each other, after which they were locked up in an impromptu drunk tank to cool down. As the psychologist on duty, it’s Riley’s task to talk sense into them.

Talon and Dagger are part of the Raptor Clan – a group of Taraseban hybrids freshly landed on Silenia. Dagger, disillusioned with his clan, just wants to get drunk. Talon, furious with Dagger’s betrayal, wants to tear him apart. When they meet Riley, both of them want her with passion they’ve never experienced before.

Now, Riley has to battle her own attraction to the two fierce warriors while discovering the forbidden desire at the heart of their conflict. Can she reconcile the men before their time on Silenia runs out, or is it simply too late for a happy end?

Note to reader: This is a dystopian MMF science fiction romance featuring action, suspense, and steamy love scenes between the three main characters. It’s part of a series but can be read as a standalone. HEA guaranteed! If you enjoy hot scifi romance where human women desire beefy alien males who swing both ways, this might be the book for you!