Holding Out for a Hero (Jelvia: Not Human #1) 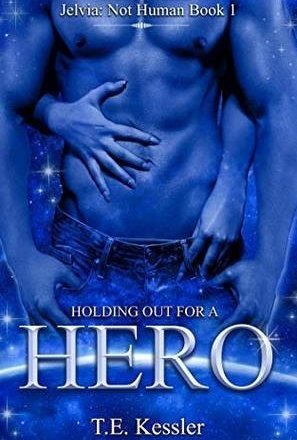 Add New Image or Add New Video
Edit
Holding Out for a Hero (Jelvia: Not Human #1)

Jelvias have been living alongside humans since time began—or that's what mankind once thought. Now they are waking up to the invisible technology that had fogged their brains.

Beasts. Devil spawn. Aliens. Venomous… are the words used to describe Jelvias. They execute criminals and judge beyond redemption.

Macy Shaw wants to prove there's more to Jelvias than violent murderers but knows no one will listen to a small-time celebrity reporter such as her—until she catches the eye of her boss and he gives her the job of a lifetime:

Narcifer, the Jelvian Lothario, woo him, seduce him, get a story.

Macy is going to do anything to get that story...even if she risks losing her heart.

Contains adult material. Over 18 only.

Main Image Courtesy: Amazon.
Images And Data Courtesy Of: FAR Publishing.
This content (including text, images, videos and other media) is published and used in accordance with Fair Use.

1 list features Holding Out for a Hero (Jelvia: Not Human #1)