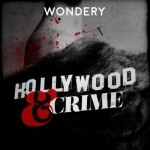 Elizabeth Short was a star-struck young woman whose body was found completely severed at the waist in January 1947 in Los Angeles. She would be forever remembered as the Black Dahlia, and her murder remains one of the most infamous unsolved cases in the world to this day. But few people know that more than a dozen women died in similar circumstances in Los Angeles around the same time. In this ground-breaking serialized docu-drama, host Tracy Pattin investigates these sensational cases, uncovers new evidence, and immerses listeners in both the glamour and the underbelly of 20th century Hollywood.

Images And Data Courtesy Of: Wondery.
This content (including text, images, videos and other media) is published and used in accordance with Fair Use.