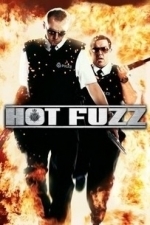 The high-achieving police sergeant Nicholas Angel is transferred from London to the quiet, rural village of Sandford, where he teams up with clumsy police constable Danny Butterman to solve a series of mysterious deaths.