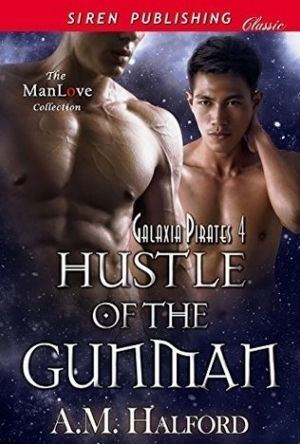 Darrel has been after Toby since he first stepped foot onto the Galaxia. He can see the longing in the communication officer's eyes, and he wants to bring it to the surface. The problem is every time he gets near the other, Toby flees like a scared kitten or shows his claws. Toby has never told anyone that he likes men. The scars from his upbringing still haunt him and make him reject who he really is. Due to this, he can't accept Darrel, no matter how much he wants to. When Samuel Jones approaches Sidney with a new job--he wants them to smuggle a couple of crates to Neo-Terra, a planet torn by civil war--it presents a turning point for Darrel and Toby. Will Toby let Darrel in? Will they even make it off the planet alive?