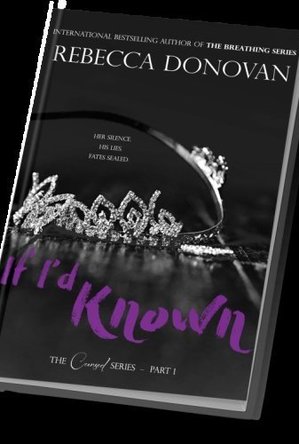 "We're all cursed—every single one of us."

Lana Peri isn't afraid of telling anyone exactly what she thinks, even if it gets her into trouble—which it usually does. But the thing is, she can't lie. Her unfiltered honesty doesn’t exactly make her many friends, although it does get her kicked out of class regularly. Lana knows the truth will eventually be her undoing. If only she’d known it would begin today.

It’s meant to be a night Lana and her best friends will never forget. And it is... for all the wrong reasons. Lana witnesses not just one, but two violent crimes committed by the same person. Except she can't say a word. Not if she wants to protect her friends.

Lana’s silence will implicate her and inadvertently cover for him. But it’s not like she has a choice. He is powerful. Connected. Untouchable. And a friend of Joey Harrison—the guy Lana is uncharacteristically drawn to the moment they meet. Joey’s also the only one who is told the truth.

His lies will ruin her. Her silence will keep them safe. The truth won’t save any of them.

Main Image Courtesy: http://www.rebeccadonovan.com.
Images And Data Courtesy Of: Wood Street Publishing.
This content (including text, images, videos and other media) is published and used in accordance with Fair Use.