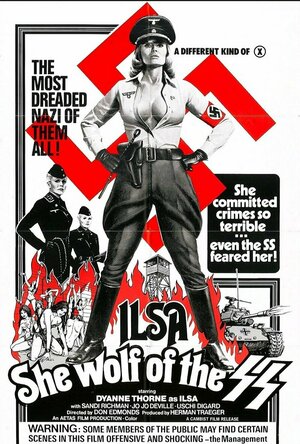 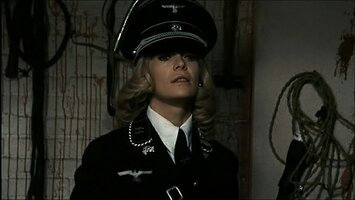 Ilsa is Kommandant of a Nazi prison camp, who conducts sadistic scientific experiments designed to demonstrate that women are more capable of enduring pain than men are, and therefore should be allowed to fight in the German armed forces (it is late in the war and the Nazi military is in dire need of reinforcements). Ilsa is also portrayed as a buxom woman with a voracious sexual appetite for men. Every night, she chooses another of her male prisoners and rapes him. However, owing to her hypersexuality, she is disappointed when her current victim eventually ejaculates, and promptly has him castrated and put to death. Only one American prisoner, who can avoid ejaculating, manages to use her weakness to his favor. He hopes that the Allies will arrive soon, but a faction of the SS wants to eliminate all evidence and witnesses.

Main Image Courtesy: Google.
Images And Data Courtesy Of: David F. Friedman.
This content (including text, images, videos and other media) is published and used in accordance with Fair Use.