Imagining the Past: Historical Fiction in New Kingdom Egypt 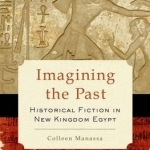 Five hundred years before Homer immortalized the Trojan Horse, the ancient Egyptians had already composed a tale of soldiers hiding Ali Baba-like in baskets to capture a besieged city. Shortly after the rise to power of the warrior pharaoh Ramesses II ("the Great"), Egyptian authors began to write stories about battles and conquest. However, these stories were not set in the present, but in the past-they were the world's first works of historical fiction. These literary recreations of past events, which preserve fascinating mixtures of fact and fiction, provide unparalleled information about topics as diverse as ancient Egyptian historiography, religion, and notions of humor and wit. Imagining the Past is the first volume to provide complete translations and commentary for the historical fiction composed during Egypt's New Kingdom. The four tales included here represent a multifaceted approach to history and its actors. The Quarrel of Apepi and Seqenenere, set at the end of the Second Intermediate Period, preserves details of political history and taxation that are attested in contemporaneous sources.

In The Capture of Joppa, a historically-attested general Djehuty from the reign of Thutmose III successfully defeats the ruler of Joppa through one of the first attested stratagems in world military history. Royalty takes center stage with Thutmose III in Asia, whose fragmentary narrative may be a fictional presentation of the Battle of Megiddo. The Libyan Battle Story, composed only a generation after the Battle of Perire, contains abundant historical details attested in hieroglyphic and hieratic sources and borders on fictionalized history. A concluding analysis summarizes the audience and function of historical fiction as well as theology and historiography within the tales. An appendix of the hieroglyphic texts, all transliterated with philological commentary, make these texts accessible to a wide audience, while representing the first critical scholarly edition of them available. Colleen Manassa's thorough research into the literary, political, and social context of each tale will further stimulate current discussions of genres and the transmission of texts in Egyptolology and comparative literature studies.

Images And Data Courtesy Of: Oxford University Press Inc.
This content (including text, images, videos and other media) is published and used in accordance with Fair Use.