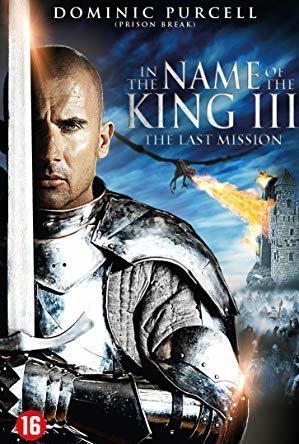 Add New Image or Add New Video
Edit
In the Name of the King III: The Last Mission (2013)

In The Name of the King 3: The Last Mission is a 2013 Canadian-American action fantasy film co-produced and directed by Uwe Boll. Starring Dominic Purcell, it is the third entry in the series, and the sequel to 2011's In the Name of the King 2: Two Worlds.

Main Image Courtesy: Amazon.
Images And Data Courtesy Of: Bill KG Productions.
This content (including text, images, videos and other media) is published and used in accordance with Fair Use.