Into The Storm (Full Circle #2) 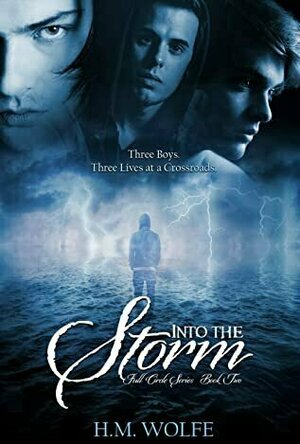 Two months after his rescue from his kidnapper, Elias Kane still grieves the death of his father Alexander, Ardan”s archenemy. Anchored in the past, refusing any form of help from those around him, the boy undermines his younger brother Abernathy's efforts to adjust to life at The Base - until the true nature of his father is revealed in all its horror.

When a gang war threatens to breakout on the streets of Chicago, the Lombardi family leader Everett Isbell-Manfredi sends Riley and his other adoptive sons to the safety of The Base. Here, the young man decides to finally unite his destiny with his boyfriend Rowan, who accepts his marriage proposal. The couple has a bright future ahead...until a revelation about his past shakes Riley to his very core.

Elias, Abernathy, Riley...three boys, three lives at a crossroad. Will they be able to put the past behind them, accept the present, and look into the future...or become estranged, and tossed into the storm of anger and rejection?