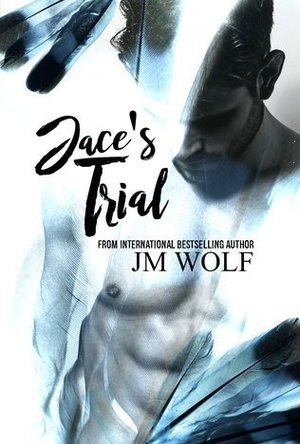 Life is a trial full of obstacles that stand between you and your goals. Do you have the courage to face your own trial?

Jace Garrison was a musical prodigy at Juilliard ready to take the world by storm. Everything he could ever want out of life was unfolding right before his eyes, until everything came crashing down at once.
With his muse gone, along with everything he loved, will Jace find the courage to move on?

Former Navy SEAL Gerard Ramhart had always played by his family's rules and traditions. Until he fell in love with Riley Garrison. Unfortunately, before Gerard had the courage to propose to the man he loved, Riley's life was taken away. Gerard was left devastated, with only his memories of Riley and the pain of losing him to keep him going.

One year after Riley's death, Gerard finally makes it to Riley's hometown in Abingdon, Virginia and meets his son Jace for the very first time. Two men grieving over the loss they shared, and during their time of heartache, something blossoms. Can Gerard help Jace find the will to live the life he's meant to have? And can Jace find his muse and accept his feelings for Gerard, despite the fact that Gerard once belonged to his father?

This book contains content of physical and mental abuse, grieving, and bottled emotions.

* This is Book 1 in the series, but can be read as a standalone story- no cliffhangers.*

Main Image Courtesy: product owner.
This content (including text, images, videos and other media) is published and used in accordance with Fair Use.