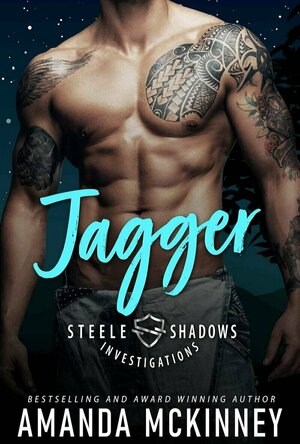 He found her covered in blood.
She promises she’s innocent.
The question is... Can he trust her?

Feared just as much on the streets as at a crime scene, Homicide Detective Max Jagger has dedicated his life to one thing — speaking for the dead. Everyone and everything else be damned, including his own demons. During one of the most oppressive heat waves to hit the small, southern town of Berry Springs, the former Navy SEAL is called to a scene where a real estate heiress is found standing over a dead body, holding the murder weapon. The local cops immediately dub it a slam-dunk case, but if Jagg has learned anything from his days running special ops, it’s that nothing is as it seems… including this suspect.

Despite her name, Sunny Harper is as beguiling as a fallen angel. Clever, cunning, completely unwilling to cooperate, and, perhaps his least favorite quality—mind-numbingly intoxicating. When evidence from the scene suggests an accomplice, Jagg begins to believe that Sunny is both innocent and in danger, despite the towns’ uproar to lock her up. Torn between his growing feelings for his suspect, he takes Sunny to a secluded lake house where he discovers there’s much more behind those enchanting green eyes... including secrets that could take them both under.

With his career on the line and the clock ticking, Jagg must decide if he can trust Sunny… before they both get burned.

Main Image Courtesy: Amazon.
Images And Data Courtesy Of: HH Tisevich.
This content (including text, images, videos and other media) is published and used in accordance with Fair Use.