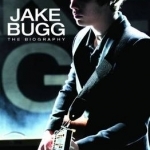 In a world of boy bands and manufactured pop, Jake Bugg's simply-strummed tales of life on the council estate where he grew up have connected with music fans around the world. Bugg has turned the music industry inside out with the unexpected success of his country folk songs with a rockabilly twist. He's taken the sounds of the 1950s and 60s into the 21st century. But how did a teenager from Nottingham - a city whose music scene was previously notable for one hit wonders and novelty records - go from the bottom of the bill to the top in such a short space of time? Journalist David Nolan has immersed himself in the Nottingham music scene and tracked down the key players who helped Jake along the way. Here, for the first time, is Bugg's story, in this unofficial biography. Jake Bugg: is he The Council Estate Bob Dylan, The Cockiest Lonnie Donegan Wannabe in Nottingham or The King of the Clifton Delta? Maybe he's all three.