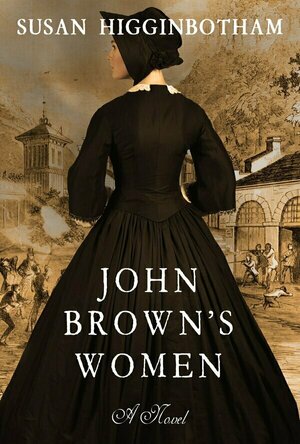 As the United States wrestles with its besetting sin—slavery—abolitionist John Brown is growing tired of talk. He takes actions that will propel the nation toward civil war and thrust three courageous women into history.

Wealthy Brown, married to John Brown's oldest son, eagerly falls in with her husband's plan to settle in Kansas. Amid clashes between pro-slavery and anti-slavery settlers, Wealthy's adventure turns into madness, mayhem, and murder.

Fifteen-year-old Annie Brown is thrilled when her father summons her to the farm he has rented in preparation for his raid. There, she guards her father's secrets while risking her heart.

Mary Brown never expected to be the wife of John Brown, much less the wife of a martyr. When her husband's daring plan fails, Mary must travel into hostile territory, where she finds the eyes of the nation riveted upon John—and upon her.

Spanning three decades, John Brown's Women is a tale of love and sacrifice, and of the ongoing struggle for America to achieve its promise of liberty and justice for all.

Main Image Courtesy: Amazon.
Images And Data Courtesy Of: Onslow Press.
This content (including text, images, videos and other media) is published and used in accordance with Fair Use.