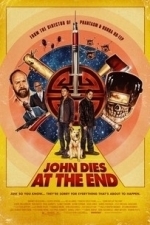 Two slackers named David Wong and John Cheese come across a mysterious street drug that can transport the user to alternate dimensions and timestreams.

Background Image Courtesy: Magnet Releasing.
Images And Data Courtesy Of: Magnolia Pictures.
This content (including text, images, videos and other media) is published and used in accordance with Fair Use.