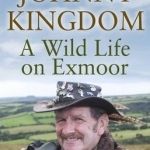 Johnny Kingdom is the English countryside made flesh. He has lived his whole life on Exmoor, from his childhood catching moles to sell their skins, to his early wild days of adventure as a poacher, to today, when the demands of wildlife photography make extraordinary patience rather more useful than the ability to run fast...He embodies a way of life that may soon be gone for ever. His life story is both highly entertaining and completely enchanting. In Johnny Kingdom - A Wild Life on Exmoor, we see how integral the both the landscape and the creatures of Exmoor have been to Johnny's often hair-raising life story. When a horrific accident made him change his lifestyle and seek less physically demanding work, Johnny found solace in wildlife photography and has never looked back. His book is full of hilarious and captivating stories of his escapades, from how he spent the night in a jail cell with a red deer, to how he persuaded the local badger population to run along a mini assault course, turning wheels and tilting up and down on see-saws. Johnny is a wonderfully charismatic raconteur.

This amazing book and new ITV series are already conferring on him the title of national treasure.

Images And Data Courtesy Of: Transworld Publishers Ltd.
This content (including text, images, videos and other media) is published and used in accordance with Fair Use.