Keeper of Souls (The Revenant Trilogy #1) 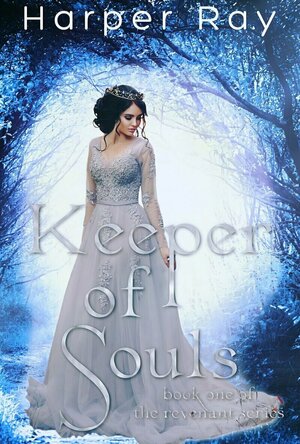 “What would you do if Death gave you a second chance?”

Most people who escaped death were relieved, happy to be granted that second chance at life. In my case, it was more of a curse than a blessing.

Everyday I woke, I was tortured with another soul. They all wanted something from me, but I couldn’t give it to them. Instead, I ignored them. I neglected the pain they had laced beneath their hollow eyes. I dismissed the screams that shattered my eardrums every time my head hit the pillow.

The souls took pleasure in patronizing me. They were a constant reminder of why I shouldn’t have been granted a second chance.

I had managed to escape Death twice, but the third time was my undoing. He came back with a heavy vengeance. Suddenly, I was thrown into a battle between two brothers. Heaven and Hell. Light versus Dark.

They both needed me on their side, but after facing Death for the third time, I wasn’t sure I would survive the cruel fate he had planned.