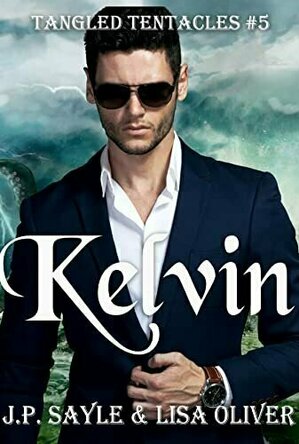 Fated mates find themselves drawn into a web of lies and deceit. Can they find the answers and protect those closest to them when danger lurks in the most unlikely of places?

Seeking answers to his sister’s disappearance two years before, FBI Special Agent Magnus Fallows will use all of the resources at his disposal. That includes Thalassa Security. Getting off on the wrong foot with the Thalassa family, Magnus struggles to figure out if there is anything the elusive Kelvin Thalassa is keeping from him.

For Kelvin Thalassa being in the field isn’t his area of expertise, yet he’ll do anything to find the answers and protect his growing family. Trust is becoming difficult, so Kelvin goes to a man who has had no issue pushing for answers─Agent Fallows. The last thing he expects is to find out that Magnus is his fated mate.

The search for Big Foot leads right back to an old nemesis: Andromeda. The battle is on to stop the heinous acts that have been happening right under the noses of the shifter council.

Kelvin #5 is a paranormal gay romance with a protective leopard who will stop at nothing to uncover the truth and a Kraken who learns strength comes in many forms. This is the fifth and final book in the Tangled Tentacles Series. HEA is guaranteed, and the Epilogue will hint at what is to come in the future for these two authors.