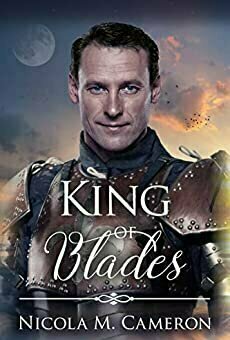 It's autumn in the beautiful island kingdom of Hellas as King Matthias of Ypres and Queen Danaë of Hellas reunite for their first wedding anniversary and the upcoming birth of their twins. But even as the Hellene capital celebrates with a week's worth of spectacular athletic games, a pair of unexpected visits complicate Matthias and Danaë's romantic interlude, and a concerned Matthias begins to wonder if his beautiful young witch queen is growing tired of him.

Meanwhile, Danaë's brother Darius reunites with his lover Lars, only to learn that the handsome Ypresian officer has life-changing news of his own. When a series of strange accidents begin to plague the palace, Darius and Lars must join forces with the master Aeris mage Petyr Epilonious to investigate them—before the next one kills Darius.