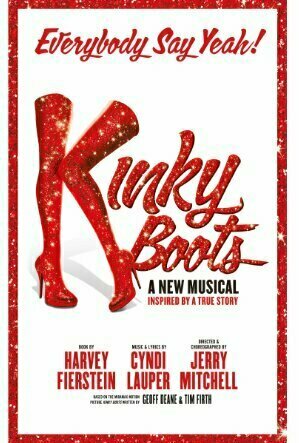 Kinky Boots is a Broadway musical with music and lyrics by Cyndi Lauper and a book by Harvey Fierstein. Based on the 2005 British film Kinky Boots, written by Geoff Deane and Tim Firth and mostly inspired by true events, the musical tells the story of Charlie Price.