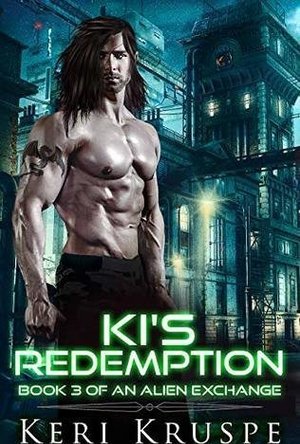 Earth’s fate rests in the hands of shape-shifting dragons, studly aliens, and a determined woman who demands a say in her own fate. In this exciting finale of the An Alien Exchange trilogy, follow their adventures across the galaxy to a tale that features mounting action, stimulating passion, and heart-pounding emotions.

Sherrilyn Marie Cantor firmly believes success doesn’t come to those who sit around and wait for it to show up; it takes determination, discipline, and hard work. At thirty-four, she has it all – a successful business and more money than she can spend until a jealous partner sets her up and frames her for stealing trade secrets. She loses everything and faces a twenty-year federal prison sentence. When an unexpected offer to find “love among the stars” comes her way, she doesn’t hesitate to escape her unjust fate and leaves Earth forever.

A Zerin descended from a secretive line of dragon shapeshifters, M’alalu (Ki) Ki E’eur ignores the fact he’s living a half-life. Broken from childhood guilt for the murder of his parents and six year-old sister, he silently goes through the motions of everyday life. A former mercenary and friend of the crown prince of Zerin, Ki absorbs a debt his prince intended to take. He’s expendable; the prince isn’t. Now he’s in the crosshairs of a power-hungry despot determined to overthrow the current democratic galactic government.

Main Image Courtesy: Amazon.
Images And Data Courtesy Of: StarChance Productions.
This content (including text, images, videos and other media) is published and used in accordance with Fair Use.