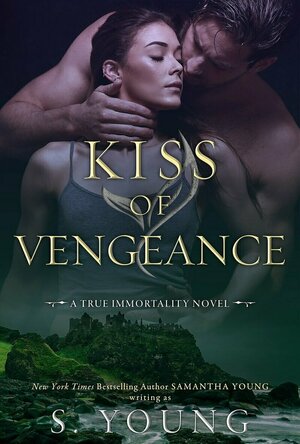 Fionn Mór was once a high king of Ireland; a fierce warrior who led his tribes against the invading fae. It was a war he couldn’t win and to save his family he turned consort for the Fae Queen. Fionn escaped as the thing he once despised, and the people he loved betrayed him for it. Now, centuries later, it’s time to reopen the gates to Faerie to take his revenge against the Faerie Queen.

At sixteen Rose Kelly discovered family secrets that changed her forever. Years after, she’s still lost, traveling across Europe in search of that elusive missing ‘something’. When she’s attacked by a vampire, not only is she wrenched into a supernatural underworld she never knew existed, a knock on the head releases a spell on her mind and unlocks powers beyond her wildest imaginings. And with them more questions. Questions Fionn Mór claims to have answers to.

Following the powerful and enigmatic Fionn to Ireland, Rose quickly realizes she’s a pawn in his plan for vengeance. What begins as a passionate battle of wills leads to an inexplicable but undeniable connection. One that will force them to face an impossible choice between the deepest love… and the darkest revenge.

Main Image Courtesy: goodreads.
This content (including text, images, videos and other media) is published and used in accordance with Fair Use.