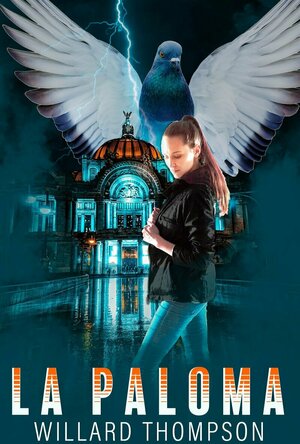 
When Teresa Diaz's father is arrested in an ICE raid in a Los Angeles area city and deported back to Mexico, her family begins to come apart. She is a student at UCLA on a scholarship for undocumented aliens (Dreamers) looking to have a life in the U.S. in communications. Her brother in High school and her elementary school sister begin having serious troubles without a father in the household.

At work in a fast-food drive-through, Teri, as she wants to be known is approached by a Mexican gangbanger who offers to take you to her father. Doubting the guy wants more than picking her up, she resists, but day by day, as her sister is sent home from school and her brother is brought home dunk by the police, she gives in and goes across the border with him. Against her wishes, he takes her to a beach house in Tijuana and leaves her. She learns that illegal activities are going on in the house but without transportation, and without a birth certificate --either Mexican or American-- she can't cross the border alone.

After several days, virtually a prisoner, the owner of the house, a fat woman known as Mama Gorda arranges to get her across the border with a young Mexican man who rides a fast motorcycle. On the way, he takes her to lunch and there offers to talk her deeper into Mexico to find her father. She agrees, travels in his private plane and begins a romance while searching for her father in Michoacan state. The more she becomes involved, the more she is involved in activities she doesn't understand but suspects they're illegal.

Returning to Monte Vista, her LA area home, still without her father, she finds she can no longer return to UCLA, seeks a job, connects with a Latina who bullied her he school. When her brother is arrested for jobbery, Teri returns to Mexico seeking help from the people she suspects to belong to a cartel.

Ultimately, she is sponsored by the people in Mexico to participate in the Miss Mexico contest, not realizing it is the Cartel that is promoting her. In the end, she will face a life-changing decision whether to continue her romance with the son of the cartel's head or try to stand on her own. And whether to remain in Mexico or return to LA.

Main Image Courtesy: Amazon.
Images And Data Courtesy Of: Rincon Publishing.
This content (including text, images, videos and other media) is published and used in accordance with Fair Use.