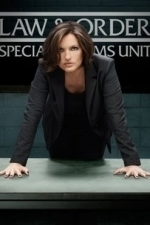 The second series of this crime drama features several cast changes, including the additions of Det. Odafin "Fin" Tutuola (Ice-T), ADA Alex Cabot (Stephanie March), ME Melinda Warner (Tamara Tunie) and forensic psychologist George Huang (B.D. Wong), as well as the exit of Det. Monique Jeffries (Michelle Hurd). Among the cases investigated: a possible honor killing and the rape of a veteran police officer. Guest stars include Richard Thomas as a serial killer and Eric Roberts as a community activist and ex-cop.