The Legacy of Johann Strauss: Political Influence and Twentieth-Century Identity 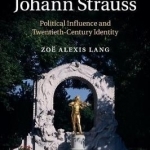 To this day, Johann Strauss, Jr remains one of the most popular composers in his native city of Vienna. In The Legacy of Johann Strauss, Zoe Alexis Lang examines how the reception of Strauss's waltzes played a key role in the construction of twentieth-century Austrian identity. Using press coverage from the centennial celebration of Strauss's birth in Vienna, Lang argues that his music remained popular because it continued to be revitalised by Austrians seeking to define their culture. Revealing the origins of the Vienna Philharmonic's New Year's Concert, Lang considers how Strauss was appropriated as a National Socialist icon in the 1930s and 1940s, and explores the Strauss family's Jewish ancestry, along with the infamous forgery of paperwork about their lineage during the 1940s. This book also includes a case study of Strauss's Emperor Waltz, considering its variegated usage in concerts and films from 1925 to 1953.

Images And Data Courtesy Of: Cambridge University Press.
This content (including text, images, videos and other media) is published and used in accordance with Fair Use.