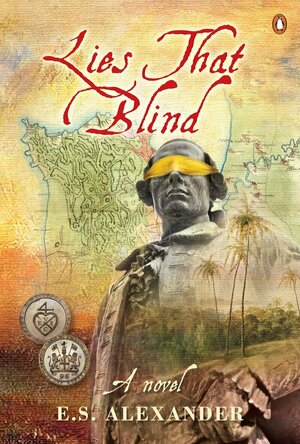 What would you risk to avoid obscurity?

Aspiring journalist Jim Lloyd jeopardises his future in ways he never could have imagined. He risks his wealthy father’s wrath to ride the coat-tails of Cap-tain Francis Light, an adventurer governing the East India Company’s new trading settlement on Penang. Once arrived on the island, Jim—as Light’s assistant—hopes that chronicling his employer’s achievements will propel them both to enduring fame. But the naïve young man soon discovers that years of deception and double-dealing have strained relations between Light and Penang’s legal owner, Sultan Abdullah of Queda, almost to the point of war. Tensions mount: Pirate activity escalates, traders complain about Light’s monopolies, and inhabitants threaten to flee, fearing a battle the fledgling settlement cannot hope to win against the Malays. Jim realises that a shared obsession with renown has brought him and Light perilously close to infamy: a fate the younger man, at least, fears more than death. Yet Jim will not leave Penang because of his dedication to Light’s young son, William, and his perplexing attraction to a mercurial Dutchman. He must stay and confront his own misguided ambitions as well as help save the legacy of a man he has come to despise.

Inspired by true events, Lies That Blind is a story featuring historical character Francis Light (1740-1794) who, in an effort to defy his mortality, was seemingly willing to put the lives and livelihoods of a thousand souls on Penang at risk.

Main Image Courtesy: Amazon.
Images And Data Courtesy Of: Penguin Random House SEA.
This content (including text, images, videos and other media) is published and used in accordance with Fair Use.