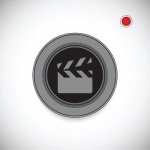 Live:Air Action is an iOS video switcher application that turns your live stream into a complete multi-camera production with custom graphics, transitions, animations, and more.

Stream to Facebook, YouTube, Twitch, Periscope, and any other online video platform at the touch of a button. Switch between up to 6 live video feeds from iOS devices or from cameras connected to Teradek encoders.

Live:Air Action includes almost everything a hardware video switcher has, such as:

- Stream with up to 4 pre-recorded video and 6 live video feeds at the same time
- Support for up to 1440p60
- PiP and Multiviewer functionality
- Integrated audio mixer and graphics editor
- Chroma key compositing
- GIF support
- Built-in and customizable scoreboards and overlays
- Streams to any online video platform
- Instant replay
- Record to the iPad instead of streaming, or do both simultaneously
- Multiple video transitions including dissolve, swipe, and scale
- YouTube, Facebook, and Twitch chat integration
- RTSP remote video ingest
- Task division allows you to separate functions in the app so others in your crew can control them with their own iOS device
- Manual camera control for iOS devices (bitrate, resolution, focus, exposure)

Images And Data Courtesy Of: Teradek.
This content (including text, images, videos and other media) is published and used in accordance with Fair Use.