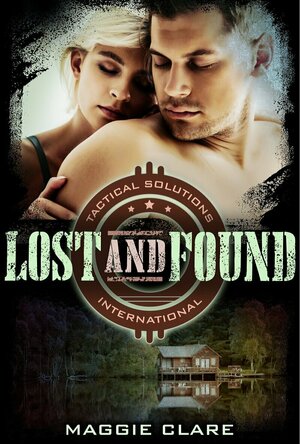 Dr. Lissa Morgan has had a crush on her best friend’s older brother since they were kids, but handsome, brooding Cam Taylor has never given her a second glance. When Cam unexpectedly shows up on Lissa’s doorstep bleeding and bruised, his personal life in shambles, things between them take a steamy turn.

After an incredible weekend with the sweet, sexy doctor, Cam realizes what he’s been missing. But he’s run from intimacy his whole life, sure he doesn’t deserve a woman like Lissa. He’s doing her a favor by walking away – or so he tells himself.

Frustrated and hurt by Cam’s distance, Lissa must nonetheless rely on his private security firm when an annoying admirer becomes a threat. The more time Cam spends with Lissa, the faster his defenses crumble. When the disturbed stalker finally makes his move, Cam will do whatever it takes to save the woman who’s slowly healing his wounded soul.

Main Image Courtesy: Amazon.
Images And Data Courtesy Of: Wave Equation Media, LLC.
This content (including text, images, videos and other media) is published and used in accordance with Fair Use.