Lost and Found (The Chronicles of Antecede, #1) 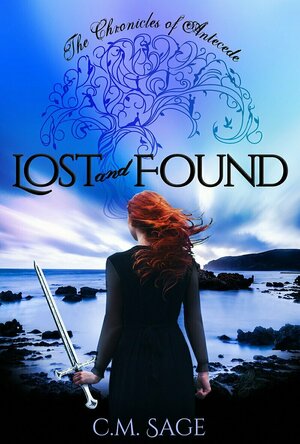 Sometimes things are lost for a very long time...and then they are found.

Take Gracie for example, a woman who lost everything, her life, her family, even her name, but now she is a Cathalian warrior of Antecede blessed with powers, which aren't yet fully realized. Her elder and nemesis, Donavan, finally granted the former professor an opportunity to train a new warrior. Her joy turns to shock when she meets her great, great, great, great grandson, Henry, accompanied by his wisecracking best friend, Milo. Henry recognizes his long dead ancestor right away, and it doesn't take the Cathalians long to realize that this meeting was no accident.

Gracie and the warriors of Antecede soon discover that they aren't the only ones laying a claim on their new charges. Menacing enemies from the South and their hired mercenary assassin, Revilan, the Bowman, have also taken an interest. Come along with Gracie, Donavan, and their fellow warriors on a perilous quest to protect all that is good and right from the evil that threatens it, and along the way discover what else was lost.