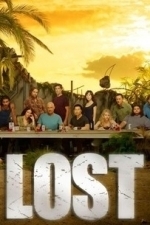 Season 6, the final, follows two timelines. In the first timeline, the survivors are sent to the present day as the Man in Black takes over the island.

The second timeline, called "flash-sideways" narrative, follows the lives of the main characters in a setting where Oceanic 815 never crashed, though additional changes are revealed as other characters are shown living completely different lives than they did.

Linked to Lost
Added By