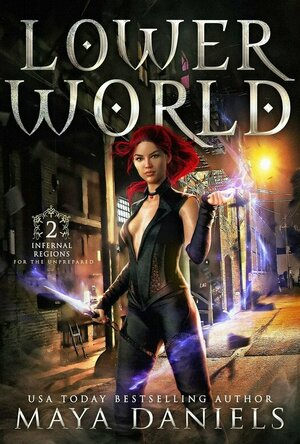 The bigger the secret…
…the greater the body count.

Brooklyn never expected to be on the run, and that too with her companions. With the Syndicate hot on their heels, she sets out on a mad dash around the city to keep them all alive. Fortunately, with a resourceful human by her side and with the help of the shifter, Brooklyn sees a way forward.

Dominic might still have reservations about Brooklyn, but as the danger looms, the more willing he is to risk it all to keep her safe. When the mystery of her father’s death is revealed, he realizes that they have more in common than he originally thought.

Unfortunately, the Syndicate never allows anyone to leave that life behind. If Brooklyn thinks the death of her father is something they are trying to hide, while setting out to destroy her, she is horribly wrong. There is a darker conspiracy hidden in the walls of the place she used to call home.

Her heritage is shrouded in such secrecy, that the Council will do anything to keep it concealed.

Even if it means burying Brooklyn along with it. Something Dominic strongly disagrees with.