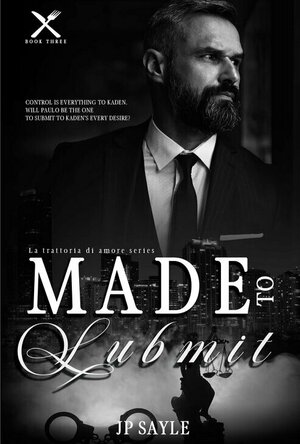 Following his heart, Paulo took a path that could only ever lead to submission. With his own unrequited feelings, can Kaden convince Paulo there is someone else to love him: Kaden?

Paulo follows his heart to England to work with the chef he’s never forgotten, only to find his secret dreams shattered into a million pieces. Lost and hurting, he lashes out, resulting in some tough choices.

Kaden’s focus is creating magic in the kitchen, while hiding his desires. He’d already given up on finding a man who would surrender fully to him, until Paulo transfers from one of the other restaurants. Suddenly the universe presents him with everything he dreams of. Only problem is, Paulo is in love with someone else. Will working in close proximity change that?

Made to Submit is a standalone, sexy MM romance, where surrendering is everything one man craves and the other needs, giving true meaning of two halves that fit perfectly.