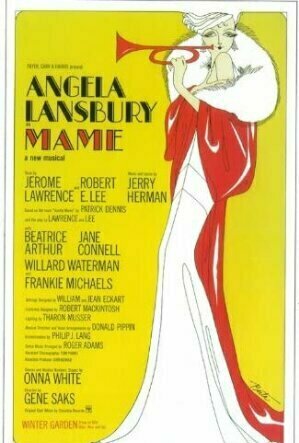 Mame is a musical with the book by Jerome Lawrence and Robert Edwin Lee and music and lyrics by Jerry Herman. Originally titled My Best Girl, it is based on the 1955 novel Auntie Mame by Patrick Dennis and a 1956 Broadway play, by Lawrence and Lee, that starred Rosalind Russell.