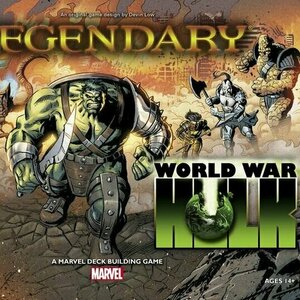 This expansion lets the players dive into the Planet Hulk and World War Hulk storylines from Marvel Comics, which obviously will bring a lot of new characters into the Marvel: Legendary Deck Building Game, and also blurs out the lines between the "good" guys and the "bad" guys.

Images And Data Courtesy Of: Upper Deck Entertainment.
This content (including text, images, videos and other media) is published and used in accordance with Fair Use.