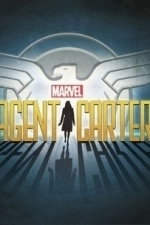 The second season of the American television series Agent Carter, which is inspired by the 2011 film Captain America: The First Avenger and the 2013 Marvel One-Shot short film of the same name, features the Marvel Comics character Peggy Carter as she moves to Los Angeles to deal with the threats of the new atomic age in the wake of World War II, gaining new friends, a new home, and potential new love.