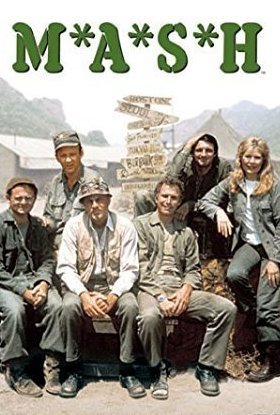 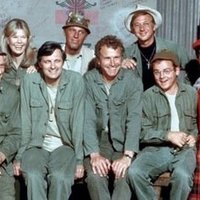 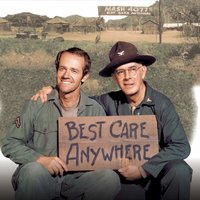 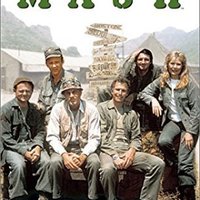 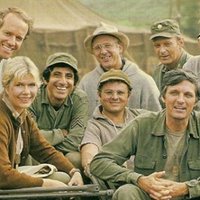 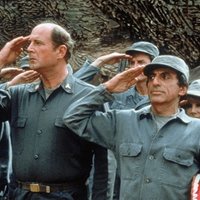 The show was an ensemble piece revolving around key personnel in a United States Army Mobile Army Surgical Hospital (MASH) in the Korean War (1950–1953). (The asterisks in the name are not part of military nomenclature and were creatively introduced in the novel and used in only the posters for the movie version, not the actual movie.)[clarification needed] The "4077th MASH" was one of several surgical units in Korea.

As the show developed, the writing took on more of a moralistic tone. Richard Hooker, who wrote the book on which the television and film versions were based, noted that Hawkeye's character was far more liberal in the show than on the page (in one of the MASH books, Hawkeye makes reference to "kicking the bejesus out of lefties just to stay in shape"). While the show is traditionally viewed as a comedy, many episodes were of a more serious tone. Airing on network primetime while the Vietnam War was still going on, the show was forced to walk the fine line of commenting on that war while at the same time not seeming to protest against it. For this reason, the show's discourse, under the cover of comedy, often questioned, mocked, and grappled with America's role in the Cold War.

Episodes were both plot- and character-driven, with several episodes being narrated by one of the show's characters as the contents of a letter home. The show's tone could move from silly to sobering from one episode to the next, with dramatic tension often occurring between the civilian draftees of 4077th – Hawkeye, Trapper John, and B.J. Hunnicutt, for example – who are forced to leave their homes to tend the wounded and dying of the war, and the "regular Army" characters, such as Margaret Houlihan and Colonel Potter, who tend to represent ideas of patriotism and duty (though Houlihan and Potter could represent the other perspective at times, as well). Other characters, such as Col. Blake, Maj. Winchester, and Cpl. Klinger, help demonstrate various American civilian attitudes toward army life, while guest characters played by such actors as Eldon Quick, Herb Voland, Mary Wickes, and Tim O'Connor also help further the show's discussion of America's place as Cold War warmaker and peacemaker.

M*A*S*H is a 1972–1983 American television series developed by Larry Gelbart, adapted from the 1970 feature film MASH, which, in turn, was based on the 1968 novel MASH: A Novel About Three Army Doctors, by Richard Hooker. The series, which was produced with 20th Century Fox Television for CBS, follows a team of doctors and support staff stationed at the "4077th Mobile Army Surgical Hospital" in Uijeongbu, South Korea during the Korean War. The show's title sequence features an instrumental-only version of "Suicide Is Painless", the theme song from the original film. The show was created after an attempt to film the original book's sequel, M*A*S*H Goes to Maine, failed. The television series is the best-known version of the M*A*S*H works, and one of the highest-rated shows in U.S. television history.