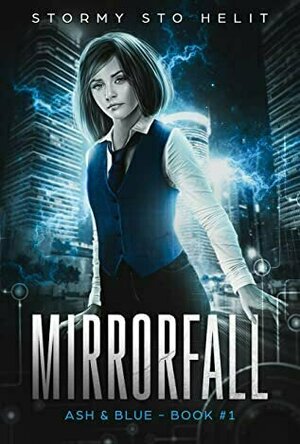 A magical thing happened to Stef Mimosa when she was only two: she died and an angel confronted Death to bring her back–or at least that’s how she remembers it.

Years later, Stef has traded magic for science, working as a freelance hacker. When a simple coding job turns out to be more than she expected, Stef gets in over her head in more ways than one and gets to meet her angel again.

As it turns out, her angel is really Ryan: an operative for an organization known only as the Agency. Their second meeting recruits Stef into his world, where bleeding-edge science is indistinguishable from magic and where she might just be farther out of her element than she already was in normal life.