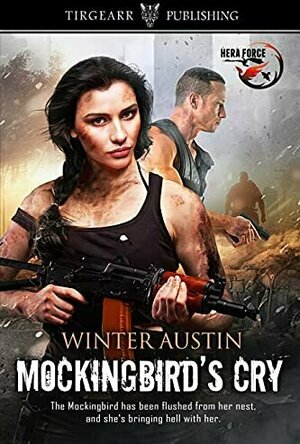 Five years ago, Josephine "Mockingbird" Caruso belonged to an all-female black-ops military group named Hera Force—a team tasked with bringing down terrorists like the enigma dubbed the Chessmaster. But the faceless criminal mastermind had other plans and single-handily destroyed the operation, ruining the women’s military careers and their lives.

Ex-Delta Force operative Detective Lincoln Sullivan reports to the scene of a mass-murder, learning all too quickly he knows the victims. The killer has left behind a deadly missive just for him: Find the Mockingbird or more will die.

Lincoln flies to New Orleans where Jo lives with her twin brother. Lincoln and Jo had once been co-operatives and lovers, however the fallout from Hera Force's destruction left what little relationship they had in tatters. Jo has no desire to work with Lincoln again, but the threat to her life and the remaining two operatives, Nadia “Phoenix” Roth and Jade “Dragon” Delacour, force her hand. The four former teammates are thrust together once more. There are unknown forces moving in the background and an old enemy is about to return with a vengeance.

Tensions between the ex-lovers come to a head when Lincoln learns his partner is an Army agent working under Hera Force’s top general, a man who's not all that he seems. With each step Lincoln and Jo take, they are met with death and destruction. Buried lies and half-truths begin to unravel Jo’s shaky trust in Lincoln until all is brought to light.

When the killer strikes, Jo is faced with a hard choice, be the leader she was born to be, or lose Lincoln forever.

Main Image Courtesy: Amazon.
Images And Data Courtesy Of: Tirgearr Publishing.
This content (including text, images, videos and other media) is published and used in accordance with Fair Use.