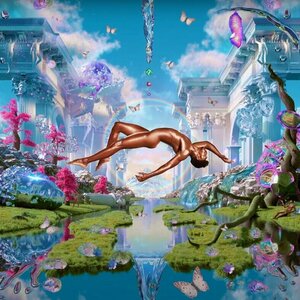 Montero (stylized in all caps) is the debut studio album by American rapper and singer Lil Nas X, released on September 17, 2021, by Columbia Records. The album was initially announced in 2019, and its title unveiled in March 2021, following the release of "Montero (Call Me by Your Name)", the lead single. Montero was also supported by the singles "Sun Goes Down", "Industry Baby", and "That's What I Want", and features guest appearances from Jack Harlow, Doja Cat, Elton John, Megan Thee Stallion, and Miley Cyrus. Musically, the album is a pop rap record. It received acclaim from music critics, who praised its eclectic production and catchy songwriting.

Main Image Courtesy: Columbia.
This content (including text, images, videos and other media) is published and used in accordance with Fair Use.