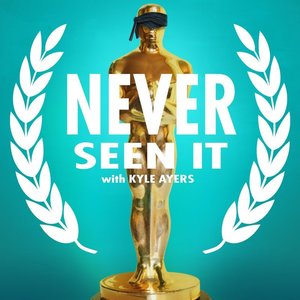 Famous movies and tv shows rewritten by people (usually comedians) who have NEVER seen it, then cast and read in the studio. Grab your red vines and settle in for pop culture talk, ridiculous movie-themed games, including the recurring favorite, Guess What Movie Trailer Kyle's Dad is Describing.

Main Image Courtesy: @kyleayres.
Images And Data Courtesy Of: https://starburns.audio/podcasts/never-seen-it/.
This content (including text, images, videos and other media) is published and used in accordance with Fair Use.