The NHS: Things That Need to be Said 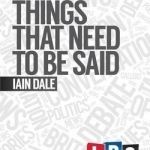 Add New Image or Add New Video
Edit
The NHS: Things That Need to be Said

The NHS is an institution close to the hearts of most Britons. People even profess to 'love it'. But it is now of pensionable age and, some would say, no longer fit for purpose. It isn't possible to reform the NHS until we accept that it cannot meet every demand made of it. We need to embrace the private sector rather than belittle or restrict it. This book does not seek to denigrate or dismantle the NHS, but to identify the issues that need to be addressed head on, whichever party is in power. It will make uncomfortable reading for some. Putting patient care and outcomes at the top of his personal manifesto for the NHS, Iain Dale slams the indecision and political dogma of successive health secretaries, but is firmly of the view that with GBP120 billion being spent on the NHS, it's impossible to take politics out of it. This is a must read for anyone who works in the NHS - or who uses it. It's time to say the things that need to be said.