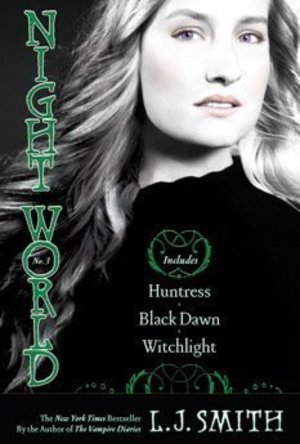 Night World Volume 3 includes books seven through nine of the New York Times bestselling series by the author of The Vampire Diaries.

The Night World isn’t a place. It’s all around us. It’s a secret society of vampires, werewolves, witches, and other creatures of darkness that live among us. In the third bind-up of this series, the Night People are preparing for the apocalypse to destroy the human world. Four teenagers have been given special powers to prevent the impending destruction, but first they, and their soulmates, must survive. In Huntress, a hunter—who is half vampire—stalks other vampires to protect humans. A vampire prince falls in love with a girl he enslaves in Black Dawn. And a shapeshifter must protect a rebellious teenager in Witchlight.

Main Image Courtesy: simonandschuster.com.
Images And Data Courtesy Of: Simon Pulse.
This content (including text, images, videos and other media) is published and used in accordance with Fair Use.