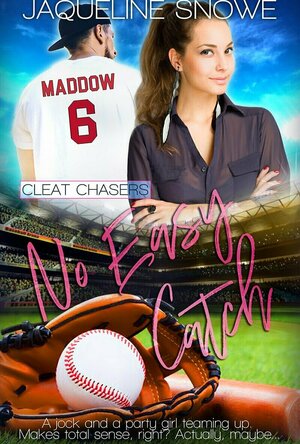 Ambar Hernandez is a senior communications major who has no idea what she wants to do in life. She spends most of her time working on her blog after gaining a lot of readers with a story she wrote junior year and…never followed up on. The last thing she expects is an angry jock accusing her of involvement in a scam that could shake the college to its foundations.

Jeff Maddow should be focused on his senior season of baseball and not the suspicious activity happening on the team. It’s his time to shine and get drafted, but after seeing incriminating evidence, he can’t not investigate. And his first lead is the campus blogger…who’s related to a name in the document he saw.

Ambar’s been coasting, writing about campus fashion and hook-ups rather than politics and economics, but when Jeff shows up at her place spouting wild accusations, she agrees to help him just to prove the stubborn athlete wrong.

Main Image Courtesy: Amazon.
Images And Data Courtesy Of: Finch Books.
This content (including text, images, videos and other media) is published and used in accordance with Fair Use.